Fans and critics alike have been asking the big question of two-time GRAMMY-nominated blues king Joe Bonamassa - “Will there be a new album in 2019?”

That question is answered with the announcement of Live At The Sydney Opera House, a brand new live album from “arguably the world’s biggest blues guitarist” (Guitar World) featuring 10 recordings from his 2016 performance at one of the world’s most legendary venues. This includes previously unreleased versions of tracks from his coveted No. 1 album Blues of Desperation.

As a UNESCO Heritage Monument The Sydney Opera House sits alongside the Great Pyramids Of Egypt, the Great Wall Of China and the Taj Mahal. For those that have the honor to play a venue as sacred as the Opera House, they bring their absolute best to the stage. Bonamassa is no exception to the rule, always rising to the challenge and bringing his A-game, so the praised musician brought with him a band composed of some of today’s best musicians and singers to support him in delivering a masterful concert to be cherished for years to come. 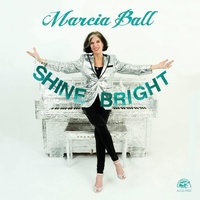