HaitiaNola is a once-in-a-lifetime album that brings together Haitian roots revival collective Lakou Mizik and an incredible line-up of guest artists from New Orleans.

The result of this collaborative gumbo is a celebration that connects not only the rhythms and sounds of the two places but also the gritty energy, the unmistakable mysticism and the carefree Mardi Gras incantation of laissez les bon temps roulez (let the good times roll) that persists in both countries. 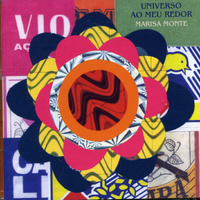