Recorde in 1967 Sonic Boom was not released until 1979 and then remained in print only for a brief time before eventually being reissued years later. In addition to the great trumpeter Lee Morgan and a fine rhythm section (pianist Cedar Walton, bassist Ron Carter, and drummer Billy Higgins), the well-rounded set is a bit special for it allows the often R&B-associated tenor David "Fathead" Newman an opportunity to stretch out in a more challenging setting than usual. Highlights include the funky "Fathead," the complex "Sneaky Pete," Morgan's lyricism on "I'll Never Be the Same," and the infectious rhythms on "Mumbo Jumbo." This is an undeservedly obscure session. 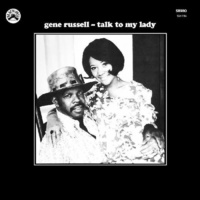