Little Richard appeared in the film Down and Out in Beverly Hills in 1986 and sang the movie's theme song, "Great Gosh A'Mighty," which became a chart hit and led Warner Bros. Records to sign him for another comeback attempt. Lifetime Friend -- which leads off with "Great Gosh A'Mighty" -- an uptempo raver in the style of his 1950s hits, is Little Richard's first newly recorded album not consisting of re-recorded oldies or exclusively devoted to religious material since his tenure at Reprise Records, 1970-1971. It is a reasonable attempt to update his style while retaining his traditional rock & roll approach and is one of the few Little Richard recordings that mixes his previously contradictory attractions to rock and to inspirational music: Rather than preaching against rock, he uses rock to preach. 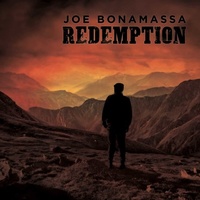