His solo career has been a fruitful one with two solo albums released all over Europe and Japan and his debut, Thread Of Life nominated for a Swedish Grammis and also earning him an Echo Jazz Award in Germany. He has also collaborated with Pat Metheny who appeared on Thread of Life.

The new album features the same band members as the two previous albums: Andreas Hourdakis, guitars; Thobias Gabrielson, bass & keys; Daniel Karlsson, piano & keys, and arrives in full-circle back to the label Diesel Music where Magnus' career got started with e.s.t. (it's now 20 years since the hugely successful and critically acclaimed album e.s.t. Plays Monk was released). Parachute comprises eight original compositions by Magnus and also features the amazing Norwegian trumpet player Mathias Eick who guests on The Shore Of Unsure. Although Magnus' solo career has been successful, the loss of Esbjörn Svensson has been devastating and it is music that has helped him overcome some very dark times.

"During the years after Esbjörn’s death I have struggled to find my way back to life. Sometimes life has been ok, but at other times it has been really dark. As for most of us, life has its ups and downs, but when I have been at my lowest, when you don't see any way out, the music has always been there to save me, it has been my Parachute. This record is a celebration of music itself and to the energy it carries. It has helped not only me, but also most of the people on this tormented globe that we travel on. As a temporary guest on this planet I hope I will leave it a better place than when I arrived - I hope we all will do. That's what I'm striving for.” 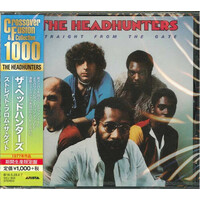