Maisha - There Is A Place

Britain’s burgeoning young jazz scene has so far been about community rather than albums, about discovery, jam sessions and live shows, many players being graduates of Gary Crosby’s Tomorrow’s Warriors project. Only now is this crowd – slightly younger than pioneers such as Shabaka Hutchings – getting to grips with contracts and recording.

Maisha are a London six-piece led by drummer Jake Long and fronted by the formidable tenor sax and flute of Nubya Garcia and the electric guitar of Shirley Tetteh (both former Warriors). Their bag is “spiritual jazz”, meaning no love ballads and a regard for the legacy of Sun Ra and John and Alice Coltrane. Opener Osiris evokes Ra’s cosmic travels with a glorious ensemble statement that’s all rippling keyboards and fluttering flute, before shape-shifting into hard-drive.

Garcia blows a storm, and Tetteh blazes a solo that owes as much to soukous, reggae and surf as to jazz’s guitar canon. By contrast, Azure and the title track have contemplative eastern melodies whose perfumed ambience (courtesy of a woodwind and string section) would fit an Alice Coltrane record. Maisha are no mere copyists, however; this is above all a celebration of young, eclectic Britain. 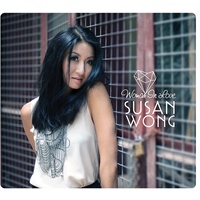