The original album remastered for the first time; Originally released in 1998. Includes three new 2019 songs: "Bloody Bloody Border", "Roadies Rules", and "Clandestino" featuring Calypso Rose (2019 version). Six-page digisleeve packaging; includes booklet."The first solo album released by the former frontman of Mano Negra, Clandestino is an enchanting trip through Latin-flavored worldbeat rock, reliant on a potpourri of musical styles from traditional Latin and salsa to dub to rock 'n' roll to French pop to experimental rock to techno... Just about every track has odd sampled bits from what sound like pirate radio-station broadcasts (a possible link to the title). There are so many great ideas on this record that it's difficult to digest in one listen, but multiple plays reveal the great depth of Manu Chao's artistry." -All Music Guide 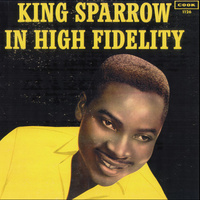