In my humble opinion "What's going on" is possibly the best soul album ever. And one of the greatest albums of all time regardless of genre.

Dealing with issues such as the ecology, social inequalities and much much more,  this album was ahead of it's time when first issued and is still as blindlingly pertinent now as it was then.

In fact it's probably more relevant NOW than ever - think about it : the planet's not in good shape is it ?  Thanks to all of us.

We are literally "burning down the house" that we live in.

Motown didn't want to release it but under pressure from Marvin ( who basically refused to record for them if they didn't put it out ) they did and it went on to become a best seller and  a true musical milestone.

The spring of 1970 was a dark time for Marvin Gaye. His beloved duet partner Tammi Terrell had died after a three-year struggle with a brain tumor. His brother Frankie had returned from Vietnam with horror stories that moved Marvin to tears. And at Motown, Marvin was stymied in his quest to address social issues in his music.

While he was pondering his next move, a song fell in his lap that would provide a channel for all his sorrow and frustration.

The initial idea for “What’s Going On” came to Four Tops member Obie Benson when he was in San Francisco in 1969.

“They had the Haight-Ashbury then, all the kids up there with the long hair and everything,” he told MOJO. “The police was beating on the kids, but they wasn’t bothering anybody. I saw this, and started wondering what was going on. ‘What is happening here?’ One question leads to another. ‘Why are they sending kids so far away from their families overseas?’ And so on.”

Benson shaped his tune with fellow Motown writer Al Cleveland, then pitched it to the Four Tops. But they weren’t interested in a protest song. Obie played a rough version to Joan Baez, who also passed. He then brought it to Marvin Gaye, who loved it, saying it would be perfect for the Originals, a Motown vocal quartet he was producing.

Benson disagreed, giving Marvin an ultimatum. “I finally put it to him like this: ‘I’ll give you a percentage of the tune if you sing it, but if you do it on anybody else you can’t have none of it.’”

Marvin agreed, then set about earning his writer’s percentage of the song. “He definitely put the finishing touches on it,” Benson said. “He added lyrics, and he added some spice to the melody. He added some things that were more ghetto, more natural, which made it seem more like a story than a song. He made it visual. He absorbed himself to the extent that when you heard the song you could see the people and feel the hurt and pain. We measured him for the suit, and he tailored it.”

Marvin was so thrilled by “What’s Going On” that he tracked down Berry Gordy while the boss was on vacation. “I was in the Bahamas trying to relax,” Gordy recalled in a Motown documentary. “He called and said, ‘Look, I’ve got these songs.’ When he told me they were protest songs, I said, ‘Marvin, why do you want to ruin your career?’”

All Motown artists went through a finishing school that taught them to carefully avoid controversial topics in both their interviews and music. But since day one of his tenure at the label, Marvin Gaye was a rebel. He’d come to blows with Gordy over lesser things. He wasn’t about to back down now.

To record “What’s Going On” and the concept album around it, Marvin drew from the full arsenal of local talent, from house arranger David Van De Pitte to the Funk Brothers. Paying for the sessions himself, Marvin drafted in extra players, including several Detroit Symphony members and two friends from the Detroit Lions football team to add street chatter.

The record was full of innovative arrangements (Van De Pitte said, “My first thought was that it was never gonna fly, because this is not like anything else that’s been done at Motown before”) and happy accidents. One example: the yearning sax figure that opens the record. Session man Eli Fontaine was warming up over the track, when Marvin stopped the tape and told him he could go home. “We’ve already got what we need,” the singer said. Fontaine replied that he was just goofing around. “Well, you goof exquisitely,” Marvin said.

A more significant accident was the counterpoint lead vocal, which became one of Marvin’s stylistic trademarks.

“That double lead voice was a mistake on my part,” engineer Ken Sands told Ben Edmonds. “Marvin cut two lead vocals, and wanted me to prepare a tape with the rhythm track up in the middle and each of his vocals on separate tracks so he could compare them. Once I played that stereo mix on a mono machine and he heard both voices at the same time by accident. He loved it.”

Quality Control, the Motown board that passed inspection on all prospective singles, gave “What’s Going On” a thumbs down (at the company, only Stevie Wonder defended the song). Berry Gordy tried to block its release, calling it “the worst thing I’ve ever heard.” But while Gordy’s interests were being drawn to the solo career of Diana Ross and motion pictures, “What’s Going On” slipped out.

It was an immediate sensation, catching on at radio in several major cities, and selling over a 100,000 copies in its first week. It went to #2 on the Billboard Pop Chart (and #1 on the R&B Chart) and paved the way for the landmark album. Beyond any chart position, the song has become a timeless spiritual anthem.

As Marvin once said of it, “To be truly righteous, you offer love with a pure heart, without regard for what you’ll get in return. I had myself in that frame of mind. People were confused and needed reassurance. God was offering that reassurance through his music. I was privileged to be the instrument.” 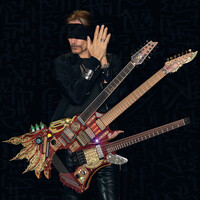 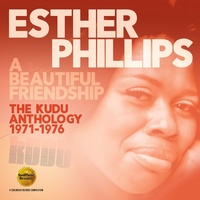 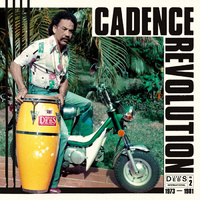 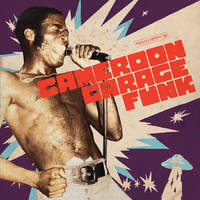