The Japanese pianist Masako Ohta presents an unusual and fascinating insight into the Japanese world of music. Centuries-old folk and court music meet with contemporary compositions and form a musical complete artwork. With works by great Japanese composers such as Kengyo Yatsuhashi from the 17th century, Kengyo Yoshizawa from the 19th century, Toru Takemitsu from the 20th century, as well as by contemporaries such as Toshio Hosokawa and Fumio Yasuda. Yasuda contributes a commissioned composition for this album. The listener goes on a journey to Japan through space and time. However, no koto, no shakuhachi and no taiko sound, but the strings of a contemporary concert grand piano.

Masako Ohta has lived in Munich since 1988. She has become a native of Munich and with her numerous concerts and interdisciplinary productions with poesie, calligraphy, dance, theatre and music, she has influenced cultural events far beyond the borders of her adopted home. In 2019 she was honoured by the City of Munich with the prestigious Förderpreis für Musik, which is awarded only every two years. But even though she is now a native of Munich, her roots still reach as far as Japan. Her Japanese heart beats inside her and with attention and devotion she continues to develop her cultural legacy, working with Japanese composers, dancers and reciting haikus. The philosophy of Japanese culture flows into the music of Masako Ohta tone by tone. This now comes into its own on the album "My Japanese Heart".

Many Japanese images (Japanese wall screens, woodblock prints, ink paintings) are fundamentally different from Western art. Japanese art often offers free, depending on the technique monochrome or gilded surfaces, which the viewer fills with his imagination and experiences. Western art, on the other hand, is usually filled with colours and shapes from picture edge to picture edge, and compositions rarely dare pure silence, but the silence between a fading sound and a new note is usually defined in Western music as a pause.

In Japan a special relationship exists between humans and nature. Humans create their own little paradise to experience nature. For example, a water basin made of wood or stone is designed in such a way that raindrops can fall from the roof into the middle. At night the full moon is reflected on the water surface and is moved by the soft waves, so that the reappearance appears and disappears.
Painting (for example from the Edo period, 17th century) also offers fantastic pictorial worlds that often deal with nature. This questioning of the beauty of nature takes place not only in Japanese painting, architecture and garden art, but also in music. 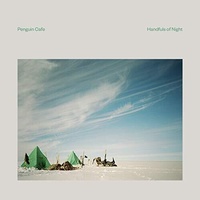 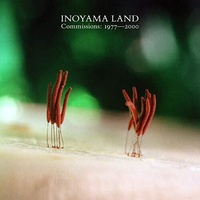