On June 23, 2008 at Chicago's legendary roots club the Hideout, Staples played with a stripped down, raw, and swampy three-piece band and just a handful of backup singers, providing a rare opportunity for fans to get close to a figure who has led a five-decade long musical charge towards equality.

This release comes off her critically lauded WELL NEVER TURN BACK and is a potent mix of her classic civil rights freedom songs alongside some fiery new compositions co-written with producer Ry Cooder. Bobby Darin - Go Ahead & Back Up: Lost Motown Mast 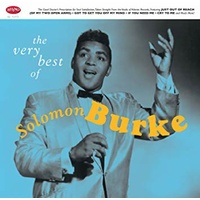