Celebrating Meredith Monk as composer, these Piano Songs give us a world at once playful and earnest. Written or derived from work composed between 1971 and 2006, the pieces inhabit Monk’s unique universe, as played by two of new music’s most distinguished interpreters, pianists Ursula Oppens and Bruce Brubaker. These pieces are ‘songs’ because they have strong roots in Monk’s pieces for voice, and because they are direct, specific, and imagistic.

Meredith Monk on composing for two pianos: “I delved into different relationships and possibilities between them; material passed back and forth, dialogues, interlocking phrases, shifts of figure and ground. In some pieces, I emphasized the individuality of each piano, writing for one player as the ‘singer’, the other as the ‘accompaniment’; in other pieces I wanted the two pianos to make one large sound.” 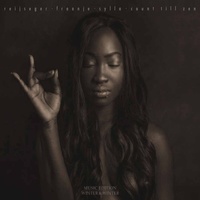