In 1958, a young, successful French composer-arranger with a major infatuation on American jazz, worked his way to New York and convinced the very best players of the time to record an album of largely jazz standards. Michel Legrand would go on to win numerous prizes and accolades (3 Oscars, 5 Grammies, 2 Palmes D'or, etc.), but little of what followed matched the sheer brilliance of Legrand Jazz.

Miles Davis, John Coltrane, Bill Evans, Ben Webster, Phil Woods and practically every other session man in town signed up for sessions with Legrand to record his idiosyncratic arrangements of standards ("Django", "Dont Get Around Much Anymore", "Night in Tunisia", etc.). Instead of regurgitating then current bop styles, he reinvented the very nature of orchestral jazz band repertoire to make a unique and forward-looking statement on the genre.

The sound of Impex's all-analog LP preserves the wide soundstage of late 50s Columbia recordings while creating intimate spaces between players on the stage for maximum definition. This rare, highly-praised recording has never sounded as good as it does now. Go big with Legrand Jazz.

Legrand Jazz was greeted by an enthusiastic review in the magazine Down Beat. Dom Cerulli awarded it five stars out of a possible five.

The meticulously recreated outer jacket is packaged in a gatefold with an original photo montage inside honoring Michel Legrand's masterpiece of reinvention and sublime fan-boy enthusiasm.
"The music is luscious and this just may be one of the best-sounding records you'll ever hear." - Ken Kessler, www.hifinews.co.uk, Rated 95/100 Sound Quality!

"The result is superior in every way to an original, and the stereo is so good that the oft-stated preference for mono jazz titles fades away. Is this the best sounding jazz orchestral recording of all times? I know of none that is better recorded. From the magic of Ben Webster's mellifluous sounding horn on 'Blue and Sentimental' to the four trumpets blasting out 'Stompin' At The Savoy', played loud and without distortion, this is pure audio musical catnip. Absolutely gorgeous." - HiFi+, 10/10 Recording, 10/10 Music

"The new Impex vinyl reissue, which used an all-analog chain, offers a wide, full soundstage. Detailed and warm, the LP has an in-the-room presence with lots of air. If texture and timbre appeal to you, this is a must-hear audiophile reissue." - Jeff Wilson, The Absolute Sound

"It is about time Legrand Jazz, this historic jazz LPor shall I say "hard bop"was reissued properly. The Impex LP is the 36th LP version of Legrand Jazz in the world, and the best, I think, by a country mile. Made from the Columbia session tapes and cut on the all-tube Bernie Grundman mastering and cutting system, it got RTI's best treatment, supervised by Rick Hashimoto. Impex's brilliant Bob Donnelly oversaw production, and Chris Bellman did the cutting. The album art is fresh and first class all the way, with a gate fold jacket, too. This is the kind of "high cotton treatment" for which Impex Records is famous in all of their releases..." 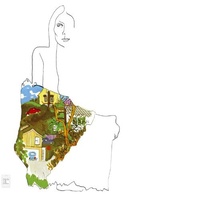