Millie Jackson's debut is one of the freshest albums of her career, her style remarkably mature and the sound an infectious blend of '60s soul influences (from Motown to Stax to early Philly soul). Jackson's just as tough and aggressively honest here as she would be on her breakout, 1974's Caught Up, and songs like "I Ain't Giving Up" and "I Miss You Baby" are of the same high caliber. She injects the perfect measure of anger and genuine confusion into the hypocrisy fable "A Child of God (It's Hard to Believe)" (her first R&B hit) and has no trouble switching gears for the affectionate "My Man, a Sweet Man," with a driving bassline and handclaps making direct connections to the classic Motown sound. The biggest hit here was another love song, the swinging "Ask Me What You Want," her second R&B Top Ten entry. Even though it never came together quite like Caught Up, Jackson's first LP introduced a major talent to the R&B world.
AllMusic Review by John Bush 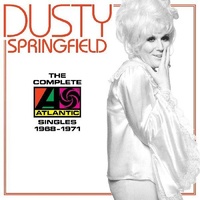 The Stylistics - You Are Everything: The Essential