Moonlight Benjamin describes her music as a blend of voodoo and rock’n’roll.

Born in Haiti and living in France, she is both a voodoo priestess and a powerful singer-songwriter with an impressive vocal range. Benjamin sounds thrilling, thoughtful and, at times, downright spooky. Title track Siltane is one of the songs of the year. It starts as a brooding, bluesy Haitian rock ballad and slowly builds, with a controlled power and sense of danger and theatricality that makes her sound like a Caribbean Patti Smith.

Her mother died giving birth to her, and Benjamin was brought up singing hymns in a church orphanage. Later, in Port-au-Prince, she met voodoo musicians and listened to western rock, then moved to France, where she studied jazz. In 2009, she travelled back to Haiti for a voodoo initiation. As a musician, she experimented with different styles before settling on the current lineup of a Haitian bass player and percussionist, a rock drummer and guitarist Matthis Pascaud, who transforms her songs with his powerful riffs.

There’s one traditional track, Simbi, paying tribute to a water spirit; and there’s one ballad, Mèt Agwe, to show she can also handle quieter songs. For the most part, though, this is an album of no-nonsense Haitian blues-rock, with stories of the voodoo spirit world or life in Port-au-Prince mixed in with lyrics by Haitian writers. All of it is dominated by Benjamin’s exhilarating voice. 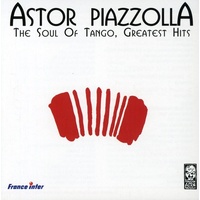