Motion picture DVD - Erroll Garner: No One Can Hear You Read

In a triumphant career that lasted 40 years, Erroll Garner pushed the playability of the piano to it's limits, developed an international reputation, and made an indelible mark on the Jazz world. And yet, his story has never been told. Until now. Atticus Brady's new film uses an astonishing array of archival materials interwoven with interviews with friends, family, and fellow musicians, and features commentary from Woody Allen; Ahmad Jamal; Tonight Show host Steve Allen; Erroll's sister, Ruth Garner Moore; pianist and arranger Dick Hyman; Erroll's bass player Ernest McCarty and Erroll's daughter Kim Garner, who goes on the record about her father for the first time.

The film explores Erroll's childhood in Pittsburgh; his meteoric rise in popularity while playing on 52nd street, New York's famed Jazz epicenter; the origins of his most famous album (Concert By the Sea) and his most famous composition (Misty); his singular, virtuosic piano style; and his dynamic personality, both on and off the stage. 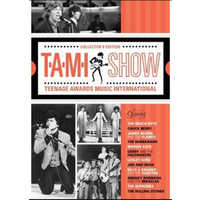