Australians abroad, NICKI & LISA PARROTT (PRON: stress on SECOND syllable. Rhymes with "gavotte", & is NOT as in feathered friends) are literally sisters who are doing it for themselves. Based in New York, acoustic bassist Nicki & saxophonist Lisa have not waited for record companies to beat down their door. They've made a really fine CD of mostly original music, with a top-shelf band & producer. It's adventurous, yet warmly melodious & has a big (but nice) surprise for those familiar with South Australia's most enduring folksong.

"Bound For South Australia" never sounded like this before!. .. nor so good. It's a central element in the CD's titlepiece, "THE AWABAKAL SUITE". Lisa's a very agile player of alto & baritone saxophones. Nicki's just as deft on her double bass, and both sisters pay attention to their instruments' SOUND, whilst also being very playful & interactive. Their colleagues include pianist KEVIN HAYS, an excellent drummer in DION PARSON & an eminent CD co-producer & champion in RUFUS REID The Jac - the green hour 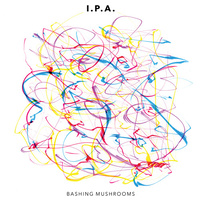