Senegalese Orchestra Baobab was among the foremost practitioners of the Afro-Cuban style that became popular in it's part of the world in the 1970s.

Years later, when more electric, rock/pop-influenced music took over Africa, the group disbanded after an unsuccessful attempt at updating their sound. It would oversimplify things to say that the success of their 2001 reunion made these comeback kings seem like Senegal's answer to the Buena Vista Social Club, but it's also hard to deny. Sounding fully invigorated on their reunion album, SPECIALIST IN ALL STYLES, Orchestra Baobab proudly displays the old-school musical values that made them so popular 30 years earlier.

The African guitar patterns and vocal lines intersect perfectly with the Cuba-inspired percussion and song structures for a sound that's alternately mellow and busily percolating. Ironically, the album was co-produced by Youssou N'Dour, whose mbalax sound unintentionally helped unseat the Orchestra to begin with, but N'Dour is a longtime admirer, and his passion for the group's music is obvious in the loving care given to reproducing their unique sound on SPECIALIST IN ALL STYLES. 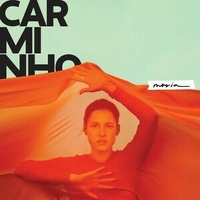