The Pat Metheny Group's Speaking of Now Live visually presents a new generation of prime players to the PMG's established musical core. This two-hour Digital Video Disc (DVD), recorded in Japan, serves to remind us how change refreshes the human tendency towards habit. In this case, it makes a good concert video.

Initiating new blood into the guts of an aging band is a harsh mandate. Metheny was wise to fill this DVD with material from 2002's Speaking of Now record which featured the new additions: Richard Bona, Cuong Vu and Antonio Sanchez (pictured right). All three are distinctive musicians and their performances displayed autonomy within the Metheny framework—a nearly impossible task.

"Especially with Antonio, the specifics of what we are dealing with in terms of dynamics, and the sort of orchestral aspect of it, really did require a certain period of time," says Pat, "and the record and the tour really did that—and it really became a band after that."

The facial expressions of both Vu and Sanchez provide lovely images of musicians intensely immersed in the strain of new musical formations. Richard Bona's apparent ease of execution indicates a type of vitality that graces more experienced players. Together, PMG's new blood energizes the band's newest work and the video set builds to a healthy catharsis.

Solos augment this performance beautifully. Cuong Vu guides us through a stream of ambient and acoustic sound that makes his lone solo an adventure. Antonio Sanchez plays as though he has double the arms and legs of mortal beings—a quality that initially drew Metheny to him at a club in New York City years ago. Richard Bona's percussion work is outstanding, and percussion is not even "The String's" main musical focus. Add this to the almost routine virtuosity of Pat Metheny, Lyle Mays and Steve Rodby and you have an extension of musical accomplishment.

Speaking of Now Live is humorously enhanced with the band's new incarnation of "Scrap Metal." Although some may criticize the band's looseness, one should view this song as an example of how difficult it can be to translate some of Pat's unorthodox concepts. Metheny has kept "Scrap Metal" in the live set for many years as a technical exercise of how nobody can carry the tune all at the same time. Perhaps it is the ultimate initiation for young players. 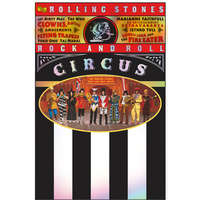