Months out of high school in 1972, Patrice Rushen attracted the attention of the Prestige label at the Monterey Jazz Festival. When the keyboardist moved to Elektra six years later, she was behind three almost entirely self-composed albums -- all of which she also arranged -- and was progressing further away from pure jazz with a greater emphasis on funk, soul, and her lilting vocals. The transition was completed during her seven years with Elektra, a run of five LPs summarized here to near perfection by the U.K.-based Strut label. A few of Rushen's charting singles from the period aren't included, but the disc is filled to capacity and astutely prioritizes breadth.

All the major hits are represented, typically and justifiably in their 12" versions. These include the supercharged quartet of "Haven't You Heard," "Look Up!," "Never Gonna Give You Up," and "Forget Me Nots," each one immediately pleasurable and splendidly detailed. Beneath the A-sides with dancefloor appeal is a clutch of deep quiet storm classics. "Where There Is Love" and "Remind Me," both tantalizing ballads -- Rushen tucks one of her most dazzling electric piano solos into the latter -- helped make Straight from the Heart one of the best albums of 1982. The selection also accommodates the artist's post-crossover shift into Mtume-like pared-down machine soul with the two best tracks off Now, her last act for Elektra. 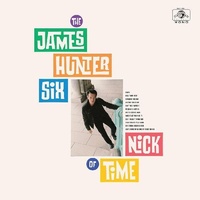