Three days before his performance at the JMT Festival Taboo-Lu in Tokyo, Paul Motian celebrated his sixtieth birthday. An important innovator of jazz drumming, he could look back at a career which includes collaborations with Bill Evans (in the pianist's legendary first trio) Albert Ayler, Paul Bley and Keith Jarrett - and ten years of work with his trio partners Joe Lavano and Bill Frisell who came to Tokyo with him.

At an age where others are happy to retire, Paul Motian doesn't think of resting. With youthful vitality and an untiring appetite for adventure he continues to take up new challenges. Guitarist Bill Frisell and tenor saxophonist Joe Lovano are his likeminded companions.

On his previous JMT releases Paul Motian tackled standards (Paul Motian on Broadway-vol. 1, JMT 919 029-2 and vol. 2, JMT 919 038-2; vol. 3 is in preparation ) and compositions by Thelonious Monk (Monk in Motian, JMT 919 020-2) and Bill Evans (Bill Evans, JMT 919 043-2). The ability to wring fresh perspectives from mostly well-known materials has drawn much attention and admiration on the Paul Motian Trio as presently one of the most consistently creative ensembles in jazz. Paul Motian in Tokyo presents Paul Motian's original compositions. The only exception is Pat Metheney/Ornette Coleman's "Kathelin Gray".

Another characteristic distinguishes In Tokio from Paul Motian's three previous studio productions: there he added a bassist to his trio - Charlie Haden or Marc Johnson (soon to be heard on JMT with his own trio) - now the band is to be heard in its original constellation. Under this condition, Paul Motian Trio's distinguishing characteristics became particularly obvious.

In the absence of the bassist Bill Frisell can give free reign to his harmonic imagination and develops beautiful-bizarre landscapes of sound. Hearing him in Tokyo makes one understand how he came to be one of the most important guitar stylists of the last decade. Paul Motian, who hired in 1981 upon Pat Metheny's recommendation gave him the chance to unfold his own style uncompromisingly. Since then he has left his stamp on the host of other people's recordings and made a name of himself as a bandleader and composer.

Joe Lavano, with his powerful, flexible tone, fine rhythmic instinct and sense of texture is eminently compatible with his partners. For years a secret to the publics inspite of his solid contributions to the bandsloft Mel Lewis, Woody Herman, Elvin Jones, John Abercrombie and Carla Bley, his work with Paul Motian and, more recently, John Scofield, as well as his first record for Blue Note have now earned him the recognition he deserves.

Paul Motian, as ever far from contenting himself with the role of mere time-keeper, propels Frisell's and Lovano's floating sounds and harmonies subtly forward.

Motian's compositions which the trio played those two nights all breathe at a rather moderate pace. And yet, they create excitement and are full of surprises. Textural details, nuances of color and timing are what make this music so alive. It reconciles seeming opposites: form and freedom, density and spatial transparency, simplicity and complexity. In Tokyo the Paul Motian Trio played music sparkling with a musical atmosphere, the result of spontaneous communication between three musicians who have known each other long and well and are still open for new ways to tell a musical story.

In an interview with Jazzpodium, Joe Lovano aptly described the Paul Motian Trio's music: »This is very expressive music and at the same time like folk music. Each song is completely different from any other. For each piece you have to find a new way to tell a story. It is not a matter of playing what you already know anyway.«

Paul Motian in Tokyo was recorded with superior digital multitrack equipment by Ron St. Germain and digitally mixed by Joe Ferla. Both engineers show that they are able to record not only pop perfectly but acoustic music as well. 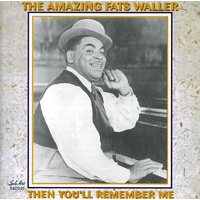