To Philip Glass, piano music is something intimate. It was no accident that his first CBS album, Glassworks, which was designed as an introduction to his music, began with solo piano. Though Glass characterizes much of the music on this recording as romantic, his performances are not in the virtuoso concert-hall tradition of Liszt or Rachmaninoff. Rather they might be viewed as part of the fading American tradition of the piano as a familiar, shared experience of simple, tuneful music.

Glass has had a long history of performing his own music, being among the first of a new generation of composer/performers. This, of course, dates from over twenty years ago when Glass formed his own ensemble of amplified winds and keyboards to play his early, intensely repetitive music — because so few other performers would come near it. Since then, the Philip Glass Ensemble has toured extensively throughout Europe and North America, performing over 700 concerts in the past twenty years.

Now Glass’s music is in such demand that a recent theater piece, 1,000 Airplanes on the Roof, was conceived of, in part, to provide a touring vehicle for the Ensemble apart from Glass, who needed time to stay home in New York to compose. Ironically, Glass is now back on the road performing as a solo pianist, while the Ensemble continues touring with 1,000 Airplanes.

“With the Ensemble gone, I found I had time to start practicing various solo works from the past few years,” Glass remarks. “Performing solo was something I had not done since the 1970s, when I gave organ recitals in a number of cities, and I found myself enjoying it again.” In 1988, after performing in a number of benefit concerts, Glass accepted an invitation from the New York State Council on the Arts to perform a series of five solo concerts. Following on that tour’s success, a national tour of twenty cities was booked by Glass’s management in a week’s time.

“Touring by myself is very easy. With the Ensemble, there is about two tons of equipment to transport as well as eleven people. But when I travel by myself, there is no tour manager and I carry no music — it’s all in my head.”

Metamorphosis was written in 1988 and takes its name from a play based on Kafka’s short story. Numbers three and four are from Glass’s incidental music to the play, which he wrote to fulfill separate but nearly simultaneous requests from two different theater companies. Numbers one and two use themes from Glass’s soundtrack to the acclaimed Errol Morris film The Thin Blue Line, which depicts the true story of a man’s wrongful conviction for the murder of a Dallas police officer. The touching melody of number two and the diatonic harmonies throughout provide an ironic counterpoint to the film’s numerous reenactments of the shooting. The thrice repeated two-note theme (a descending minor third) in numbers one and five recalls the movie’s pathetic litany of interviews and testimonies. Number five, which also draws on themes from The Thin Blue Line, was composed as a finale to the set.

Mad Rush was written for the occasion of the Dalai Lama’s first public address in New York City, in the fall of 1981. Originally an open-structured or open-ended piece, it was first performed by Glass on organ during the Dalai Lama’s entrance into the Cathedral of St. John the Divine. It was later performed on Radio Bremen and finally used by choreographer Lucinda Childs as accompaniment to a dance Mad Rush. It is cast in seven similar sections that create an extended ternary form.

Wichita Vortex Sutra is the result of a chance meeting between two long-time friends, Glass and poet Allen Ginsberg, in St. Mark’s Books, a popular bookstore in the East Village. “We decided on the spot to do something together, reached for one of Allen’s books, and chose the poem ‘Wichita Vortex Sutra,’” Glass recalls. “I composed the music to match the rhythm of Allen’s reading.” The piece was first performed in 1988 at a benefit for a theater group of Vietnam veterans, with Ginsberg reading excerpts from his poem and Glass playing piano. Continuing their collaboration, the poet and composer are now at work on a new song cycle, Hydrogen Jukebox, which will include Wichita Vortex Sutra with Ginsberg’s own narration.

In contrast to the amplified, electronic nature of his ensemble music and the mammoth proportions of his operas, the music on this album displays Glass in a more refined musical arena, still exploring his own distinctive style. 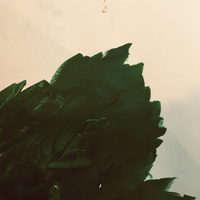