The Jazz Dispensary Top Shelf Series is a reissue program focused on delivering quality music with the best possible listening experience. Highlighting complete original albums from the Jazz Dispensary vaults with a focus on rare or previously unavailable titles, each album is expertly mastered and pressed on 180 Gram audiophile vinyl and housed in a faithfully reproduced old-school tip-on cover.

Pucho & The Latin Soul Brothers was a Latin jazz, soul jazz and R&B group formed in 1959 by timbales player Henry "Pucho" Brown. Of the many musicians that worked in his group, Chick Corea is among them. In 1973 he disbanded the group and focused more on traditional Latin music. In the 1990s, his music received interest from the British Acid Jazz scene, and the re-formed Latin Soul Brothers still perform today.

Featuring 180-gram vinyl pressed at Quality Record Pressings (QRP) from lacquers cut by Kevin Gray at Cohearent Audio from the original master tapes and housed in a one-pocket old-school style tip-on jacket, this is the first-ever audiophile quality vinyl reissue of Pucho and the Latin Soul Brothers' incendiary boogaloo getdown. One of the greatest albums by this funky Latin combo! The record differs from some of their earlier Prestige albums in that the tracks are longer, more instrumental, and have a hard fuzzy electric groove.

The band jams hard in a way that's more like some of the funk combos of the early '70s, than the Latin groups from which they came — the results are wonderful! Includes two funky numbers written by Sonny Phillips — "The Spokerman" and "Jamilah" — plus a great extended cover of "Cloud Nine." Great horn work from the funky Pazant Brothers, plus Seldon Powell, who also plays flute and tenor on the album — and other jazz funk stars on the album include Bernard Purdie, Billy Butler, and Neal Creque, Pucho's right hand man!

"In the 1960s, no one combined more or less equal elements of jazz, Latin music, soul, and funk as well as Henry 'Pucho' Brown. A somewhat forgotten figure until recently, Pucho never achieved the wide recognition of some other Latin jazz performers exploring similar territory, such as Mongo Santamaria, Willie Bobo, and Cal Tjader. The timbales player and bandleader also may have been too eclectic, and too open to outside influences, to achieve much recognition within the jazz community. What's a weakness in one circle's view, however, is a strength for other listeners. As a result, Pucho has a wider appeal than many straight jazz performers. Fans of R&B, rock, and Latin music can immediately connect with him, especially as he's always made sure to play music that's hot and danceable. His accessibility, however, has by no means compromised the quality of his material or his Latin Soul Brothers bands, which have featured fine and versatile players... The Latin Soul Brothers certainly couldn't have been accused of predictability, incorporating straight modern jazz chops, psychedelic flourishes, and soul-jazz organ grooves into their repertoire when the mood suited them. The constant factor was the active Latin percussion section, featuring conga, bongos, and Pucho's own timbales." - Richie Unterberger, All Music 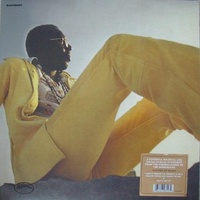 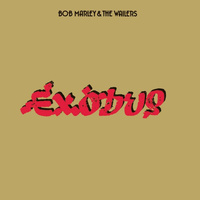 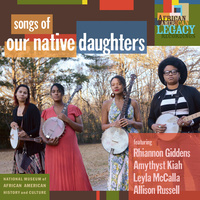