Rick draws accolades from high places. Bonnie Raitt says, “Rick Vito’s guitar playing slays me…as cool and sharp as a Cadillac tail fin!” John Mayall calls him “a master of the instrument, finally getting the attention he deserves.” Bob Seger calls his searing slide break in “Like A Rock” “the best solo I have ever heard.” Blues critic Jim Hynes writes “this writer can confidently put Vito right there with Derek Trucks, Duane Allman and Luther Dickinson in masterful slide technique.” SOULSHAKER is an original mix of Blues, Rock & Roll, Gospel and R&B, played and sung with the honesty and integrity that is Vito’s trademark. 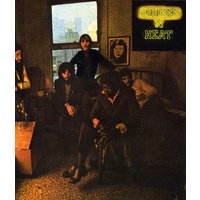