Jazz Icons: Sarah Vaughan features the "Divine One" in her prime, wrapping her sultry voice around jazz standards such as "Lover Man", "Misty" and "I Got Rhythm and soaring on popular showtunes such as "Over The Rainbow" and "Maria". One of the greatest voices of the 20th Century, her renditions of songs by Harold Arlen, Leonard Bernstein, Johnny Burke, the Gershwins and Stephen Sondheim are pure diva magic. These three performances demonstrate why Sarah Vaughan is invariably mentioned in the same breath as Ella Fitzgerald and Billie Holiday.

Sample Liner Notes by Patricia Willard: Sarah Vaughan arguably was the most phenomenal singer of her century. Musicians loved her. Most were in awe of her. All respected what they almost unanimously agreed was her innate musicality. “She was born with a gift,” insisted towering blues and ballad singer Joe Williams.

“She sings like a horn,” John Birks “Dizzy” Gillespie praised. “She can sing notes that other people can’t even hear.”

Unlike many of her contemporary divas, she was reared the only child in a stable, religious, strict and loving home in Newark, New Jersey. Her father, Asbury “Jake” Vaughan disapproved of show business. Her mother, who sang with Sarah in the Mt. Zion Baptist Church Choir, was more understanding. Sarah absorbed essential musical grounding through piano and organ lessons from the ages of seven to fifteen. At twelve, she became one of Mt. Zion’s regular organists.

The Swedish television program on this DVD was filmed following a month-long engagement at Cité Varieté in downtown Stockholm, according to the Swedish newspaper Estrad and Göran Wallén, now a concert impresario in that city.

Johnnie Garry, Sarah’s road manager since they met during her 1946 gig at Barney Josephson’s fabled Café Society Downtown, was coordinating the European itinerary. Johnnie delighted in everything about his job. Sarah not only depended upon his efficiency, she relied on his judgment so completely that she accepted his edict that her stage wardrobe must be exclusively white. “She had her choice of what she would wear,” he said, “but we convinced her about white.” This facilitated his creating dramatic visual effects as she sang.

“In those days, it wasn’t computer lighting,” he relates. “You had levels you could hold if she wanted to slow down. You could never know what Sarah was going to do—except you couldn’t write cues...If she sang something up-tempo, we’d brighten it up a little bit. On ‘Mean To Me,’ for example, we’d focus around her with some little medium red and blue and a little straw. We’d use the same pink spotlight on her face but we could fade out on her face if that was the mood. Her white wardrobe allowed us to project a pink face with a blue gown if that expressed what she was singing. Sarah had to trust you. She didn’t like people who couldn’t think for themselves. 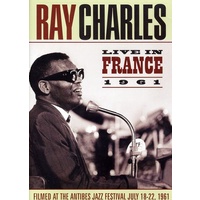