American Epic is a three-part documentary that tells the extraordinary story of the trailblazing era when country-wide, the music of ordinary Americans was recorded for the very first time.

The artists have recorded both new compositions and songs from the 1920s and 1930s that are featured in the PBS documentary, American Epic. For the American Epic: The Sessions segment, the producers re-assembled a recording lathe from the late 1920s-the last of it's kind in existence-and replicated the atmosphere of America's seminal 1920s field recordings down to the smallest detail. The artists recorded straight to wax, using all the original microphones, amplifiers, and other equipment from that era. It was the first time that any performer has been able to use this machinery for over 80 years. 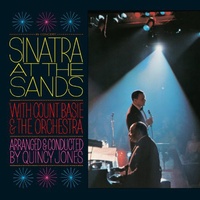