Stephan Micus - To the Evening Child

Stephan Micus shapes his music by taking the instruments of the world out of their cultural, historical or traditional contexts and blending them in new ways. The colours of To The Evening Child (recorded 1992) are established through instrumental combinations involving dilruba (a string instrument associated with Hindustani classical music), suling (reed flute of the Balinese gamelan orchestra), nay (end-blown flute of the Middle East), sinding (West African harp), kortholt (German renaissance reed instrument) and steel drum (associated with West Indian calypso). “This music sounds in those hushed spaces where the universe inhales, the sound that keeps all celestial bodies spinning” – Tyran Grillo, Between Sound and Space. 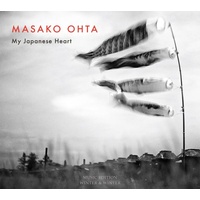