Sun Ra might have been one of the most influential figures in jazz history, and perhaps in all of popular music.

His works have been covered by a wide range of bands such as NRBQ and Yo La Tengo; and many more have made it clear that the man’s often-strange and always interesting musical legacy left a huge impact on them and, consequently, their work. George Clinton of P-Funk, for example, drew inspiration from Sun Ra to the point of developing his own personal mythology, P-Funk mythology, which has a number of similarities with Ra’s personal brand of Afrofuturistic mythology.

Ra was also notable for his pioneering use of electronics in jazz, something that hadn’t been utilized as extensively before his music was popularized. Although the Intergalactic Omniverse Arkestra released much of their work in relative obscurity, they had become at least slightly well-acknowledged in the jazz community by the time that A Joyful Noise was shot, thanks to the many musicians singing their praise.

Filmed from 1978 to 1980, Robert Mugge’s Sun Ra: A Joyful Noise serves not only as a performance film, but as a record of the famous composer-keyboardist-bandleader’s truly and purposefully odd personal and professional life.

The performances, filmed in Baltimore, Philadelphia and Washington D.C., are great examples of the way Ra (born Herman Poole Blount) was capable of harnessing the talent and presence of his legendary Intergalactic Omniverse Arkestra to put on a dazzling show. The songs from the selected performances, including “Astro Black”, “We Travel the Spaceways”, “Along Came Ra/The Living Myth”, “Requiem for Trevor Johnson”, and many more, are sprawling and musically complex; they feel like very separate worlds concocted by Ra, ever-changing when performed live. 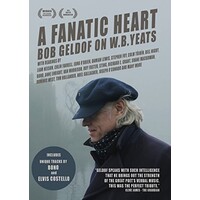