Abridged from this album’s original booklet notes. It was in 1927 that Frank Stokes and Dan Sane made their first recordings for Paramount, by which time they were one of the tightest blues guitar, with Sane’s flat-picked embellishments sliding through Stokes' strong but nimble rhythms like fish through the sea. Jazzin’ The Blues, whose title defers to fashion, has one sung verse, but is thereafter an instrumental showpiece, with Frank Stokes calling out the chord changes (doubtless already agreed) to Dan Sane. Outside music, Stokes worked as a blacksmith, and his guitar playing has a metalworker’s combination of strength and precision. He was also blessed with an exceptionally powerful voice, and impressive breath control, as may be heard on It’s A Good Thing. The two men were billed as the Beale Street Sheiks, and Stokes songs often refer to Memphis, as on Beale Town Bound and Mr. Crump Don’t Like It, a topical adaptation of ‘Mama Don’t Allow’ that refers to local politician E.H. Crump, a segregationist, but one who realised the value of black votes.

Along with the blues that became popular when they were growing up, Frank Stokes and Dan Sane played older, medicine show and minstrel songs like Last Go Round. You Shall includes verses that date back to slavery, and Chicken, You Can Roost Behind The Moon is related to a song published in 1899. In his blues, Stokes projects an image of himself as a rounder, playing the field with women; It’s A Good Thing is a sly, extended joke on this image, with Stokes attacking prostitution, but concluding that ‘one woman’ll never do’ for him. In 1928, the duo switched to Victor (see Document DOCD-5013), but they returned to Paramount for one session in 1929, from which six songs were issued, with a seventh surviving as a test pressing. They were still combining blues with the hokum of the medicine show and the street: Wasn't That Doggin' Me lies somewhere between the two, and Rockin' On The Hill Blues features crosstalk that still sounds funny and spontaneous, even when Sane uses the most overworked slogan of black music in the ’20s, ‘Tight like that!’ They were fond of a little figure in dotted rhythm; it occurs several times on their records, never more effectively than on Hunting Blues, where it appropriately mimics the hunters’ horn call.

Original 78 rpm records of the Beale Street Sheiks fall into the ‘extremely rare’ category, suggesting that their records sold in low quantities, perhaps poorly. Perhaps the duo’s style sounded a little aged for the record buying public who also had the choice of the merriment and ‘low down, dirty blues’ of the Memphis Jug Band or the slick slide guitar playing of the young Furry Lewis or the driving blues of the feisty Memphis Minnie. Yet the music of the Beale Street Sheiks is regarded as a pure delight and a wonderful insight into blues carried forward by two older men who were there at the beginning. 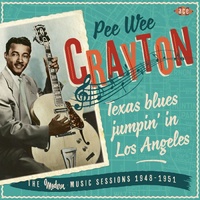