Blind Blake is a figure of enormous importance in American music. Not only was he one of the greatest blues guitarists of all-time, Blake seems to have been the primary developer of "finger-style" ragtime on the guitar, the six-string equivalent to playing ragtime on the piano. Blake mastered this form so completely that few, if any, guitarists who have learned to play in this style since Blake have been able to match his quite singular achievements in this realm. Blind Blake was the most frequently recorded blues guitarist in the Paramount Records' race catalog; indeed, Paramount waxed him as often as they could, as he was their best-selling artist. By the time the Paramount label folded in the fall of 1932, Blake had recorded an amazing 79 known sides for them under his own name and had contributed accompaniments to Paramount recordings by other artists such as Gus Cannon, Papa Charlie Jackson, Irene Scruggs, Ma Rainey and Ida Cox to name only a few.

One would surmise, given Blake's importance, celebrity status, popularity and sizeable recorded output that we would know something about the man. And after more than five decades of searching conducted by experts on behalf of Blind Blake, we still don't know anything verifiable about Blake which he doesn't tell us on his records. Practically all of what is "known" about Blind Blake outside of that is a combination of conjecture, rumor, slander and nonsense. At one point a theory was advanced that Blind Blake's true name was "Arthur Phelps" and it is under this name that Blake's entry is filed in Sheldon Harris' Blues Who's Who. But the theory is easily debunked by Blake himself, who states on his 1929 recording "Blind Arthur's Breakdown" that his name is "Arthur Blake." He briefly breaks into Geechee dialect during the course of "Southern Rag," and this advanced a theory that Blake was really born in the Georgia Sea Islands and spoke Geechee as a first language, accounting for his "uncomfortable negro dialect" on records like "Early Morning Blues." But there is nothing wrong with Blake's "negro dialect," thus it was easy to disprove this ridiculous notion.

Blind Blake is known to have had family in the area of Jacksonville, Florida and was likely born there; Blake may have grown up in Georgia. Blake was first seen in Chicago in the mid-1920s. His birth date is assumed to be sometime between 1895-1897, as the only existing photo of Blind Blake, taken at his first Paramount session in August, 1926, shows a man of about thirty. Interviews with some of the musicians personally acquainted with Blake only reveal that he had a seemingly inexhaustible appetite for liquor. No one has discovered any reliable account of what happened to Blind Blake after his last Paramount session in June 1932. The story that has Blake murdered in Chicago shortly after his Paramount date did not hold up after an intensive search of local police files. The most reasonable notion about what might've happened to Blind Blake after 1932 is that he drifted back to Jacksonville and lived a few years more, with 1937 suggested as a possible date of death. In the summer of 1935, Mary Elizabeth Barnicle led an Archive of Folk Song expedition into the area where Blake is likely to have resettled and canvassed it for black musicians, yet never encountered him.

Many of the recordings made by Blind Blake are singled out as classic early blues performances, too many to be listed in detail here. But a few that stand out include "Early Morning Blues," "Too Tight," "Skeedle Loo Doo Blues," "That Will Never Happen No More," "Southern Rag," "Diddie Wa Diddie," "Police Dog Blues," "Playing Policy Blues" and "Righteous Blues." Several of Blind Blake's original tunes are by now country-blues standards, and judging from the further developments in Atlanta-based Piedmont blues, Blake's influence there must've been formidable, even if it came only by way of recordings. Anyone who hears Blind Blake can't help but be astonished by his sincerity, his gentle, off-the-cuff humor and the sheer effortlessness with which he plays some of the most treacherously complex finger-work on the face of creation. 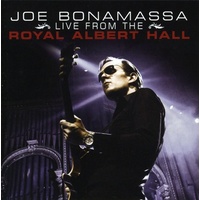 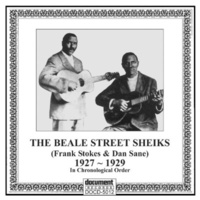