It's the greatest, grooviest, wildest, most exciting beat blast ever to pound the screen! Filmed just eight months after the Beatles appeared on the Ed Sullivan Show, THE T.A.M.I. SHOW introduced Rock 'n' Soul youth culture to America in the first concert movie of the Rock era. One of the rarest and most sought-after performance films from it's time, the 1964 concert event featured future Rock 'n' Roll Hall of Famers the Rolling Stones, James Brown, Chuck Berry, the Beach Boys, Marvin Gaye, Smokey Robinson And the Miracles, the Supremes and many other American and British Invasion hitmakers in their prime.

This legendary film has never been available on DVD and hasn't been seen in it's entirety since it originally appeared in theaters in 1964. Mastered from a new High Definition transfer and uncut, this complete version features the Beach Boys' performances that were removed following the film's initial theatrical run. The show was filmed at the Santa Monica Civic Auditorium, October 29, 1964. 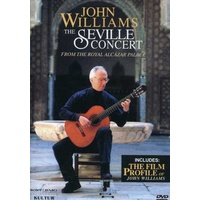