Tim Berne has been described as a saxophonist and composer of granite conviction by The New York Times.

Incidentals is the fourth album from his spirited Snakeoil band and the second (following on from 2015's You ve Been Watching Me) to feature the quintet line-up in which his core group with clarinetist Oscar Noriega, pianist Matt Mitchell and drummer/vibraphonist Ches Smith is augmented by guitarist Ryan Ferreira.

The music is characteristically action-packed in the Berne tradition: powerful, dynamic, often fast-moving - yet also very clear in all its teeming detail. We somehow achieved more sonic space by adding another player, the bandleader notes wonderingly.

It's an impression maintained even when producer David Torn takes up his own guitar in a cameo at the climax of the modestly-titled Sideshow(in reality a 26-minute epic journey), soloing amid thunderous timpani and over serpentine melody outlined by sax and clarinet. 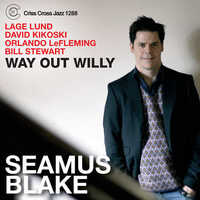