With its overt lyricism, strong themes and a sense of perpetual melodic invention, Norwegian saxophonist Trygve Seim’s new album quickly identifies itself as a classic-in-the-making.

Themes of dedication run through Seim’s Helsinki Songs album, a set of tunes composed – for the most part – in the Finnish capital, and radiating tributes in many directions. Here are songs referencing Igor Stravinsky and Jimmy Webb, pieces dedicated to each of Seim’s gifted bandmates, and tunes that tip the hat, obliquely, to Ornette Coleman and Bill Evans.

The quartet plays superbly throughout, with outstanding solos from leader Seim and pianist Kristjan Randalu. Helsinki Songs was recorded in Oslo’s Rainbow Studio in January 2018 and produced by Manfred Eicher. 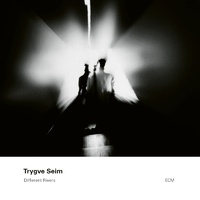