“I believe that banking institutions are more dangerous to our liberties than standing armies. If the American people ever allow private banks to control the issue of their currency, first by inflation, then by deflation, the banks and corporations that will grow up around [the banks] will deprive the people of all property until their children wake-up homeless on the continent their fathers conquered. The issuing power should be taken from the banks and restored to the people, to whom it properly belongs.”
Thomas Jefferson – The Debate Over The Re-charter Of The Bank Bill (1809)

This is Document’s riposte to our Bankers Halifax Bank Of Scotland (HBOS) and their profligate ways. Presented here are the words of sorrow, humour and wisdom of those that have been victims who have experienced and suffered hardship as the result of financial mischief. Many of the songs make it plain, however, what to do for yourselves; Don’t get into debt, be self sufficient, remain cheerful and above all remember that “ain’t it strange, nobody wants to know you when you are down and out”.

Document doesn’t have the answers but whilst we still have the music please enjoy this budget line CD. If we could have given it away, we would have done, as a way of saying “prepare”, and for it to be part of your Anti-financial-mischief kit. If you have bought this new, then you have helped save a Heritage Blues Label from being chewed up and spat out by the fat cats and their shareholders who are far more interested in personal profit than understanding the preservation of a rich art and historical recordings. And for that, we thank you. Enjoy. 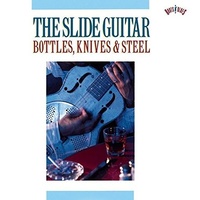