2009 compilation, the late '60s saw a flowering of expression in black American arts. It's core was a spirituality fed from the ongoing civil-rights movement and a search for African roots. Jazz music and Jazz musicians desperately sought out a role at a time when Soul was the musical voice of black America.

Bridge Into the New Age looks at an era when these concerns were addressed by mixing Jazz with Latin, African and Soul rhythms; album and song titles expressed the concerns of the both the mind and the spirit. It is an amazing melting pot of seductive music. 10 tracks including cuts from Joe Henderson, Norman Connors, McCoy Tyner, Woody Shaw, Jack de Johnette and many others. 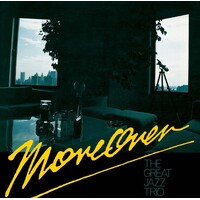