Guitarist, singer and songwriter Charley Jordan was a popular and important figure of the St. Louis blues scene along with pianist Peetie Wheatstraw, with whom he regularly collaborated as both ‘live’ performer and on his occasional visits to the studio. Born in Arkansas, he had a high-spirited vocal delivery, and a deft touch as guitarist, primarily in what came to be called the Piedmont style, which made him a popular accompanist for other artists. His career was affected by a shooting incident in 1928 resulting from his parallel career as a bootlegger, which injured his spine and resulted in his permanently using crutches thereafter.

This great-value 47-track 2-CD set comprises most of his recordings for Vocalion under his own name which are extant and of acceptable quality, plus recordings as Uncle Skipper for Decca, some of which feature Peetie Wheatstraw, plus recordings he made accompanying other artists - St. Louis Bessie, ‘Hi’ Henry Brown, Verdi Lee as well as one recordings under Wheatstraw’s name. He was by no means one of the figures of the blues, but this is an interesting and entertaining insight into the kind of music played in St. Louis, and a worthy showcase for a distinctive talent. 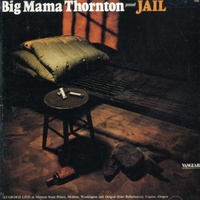