Age never slowed Duke Ellington. Recorded at four different sessions in 1962 at Bell Studio in 1962, The Feeling of Jazz is one of the rarest titles Americas greatest composer ever released, and contains both never-before-heard originals as well as reinterpretations of Ellington classics. Performed by the Duke Ellington Orchestra, which included players such as Paul Gonsalves, Johnny Hodges, Harold Baker, and Jimmy Hamilton, the material contains a wealth of spot-on solos and stop-on-a-dime changes.

Originally released by the UK label Black Lion, an imprint that specialized in resurrecting rare gems from US jazz and blues legends, The Feeling of Jazz represents a critical juncture in Ellingtons career and a cant-miss opportunity for collectors and enthusiasts to get closer to the man and his music. Helmed by ORG Music, this historical reissue is afforded the ultimate in audiophile production standards, resulting in sonics and presentation befitting the museum-like worth of this records existence.

Mastered from the original master tapes at Bernie Grundman Studios by Chris Bellman and pressed at Pallas, the 180g LP was curated by legendary engineer Steve Hoffman and eqd by Grundman himself. A better team you cannot find; every step involved serious quality-control measures to guarantee gorgeous sound. The superb vinyl jacket features exclusive artwork. This is what being a collector is all about. The title isnt widely known, but this reissue preserves historically significant music that will be enjoyed by generations to come. 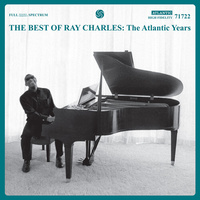