Gil Scott-Heron - The Revolution Will Not Be Televised - Vinyl LP

Remastered edition of this compilation of Gil Scott-Heron's best-known works for the Flying Dutchman label. Originally released to capitalize on the success of Scott-Heron's then-current hit 'The Bottle' and his subsequent signing to Arista, this 1974 compilation has since become the definitive distillation of his early work. 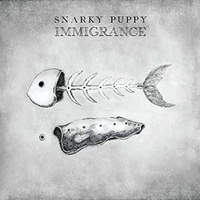