Gregg Allman is one of the most acclaimed, beloved, and awarded icons in rock and roll history.

As a founding member of the legendary Allman Brothers Band and in his own storied solo career, Allman has long been a gifted, natural interpreter of the blues; his soulful and distinctive voice is one of the defining sounds in the history of American music. Although the Allman Brothers wrapped up their forty-five year career in 2014, Gregg Allman shows no signs of slowing down. 'Gregg Allman Live: Back to Macon, GA' marks his first-ever official solo DVD release where, with the help of his 8-piece band and special guest Devon Allman, he delivers ferociously high-energy and emotive performances

Captured at the venerable Grand Opera House in the town where the Allmans got their start, Gregg performs 16 fan favorites including 'Whipping Post,' 'Melissa,' and 'Midnight Rider.' Exclusive interview footage features Gregg reflecting on Allman Brothers history. Special Features include: 'Stormy Monday,' 'Floating Bridge,' and 'The Gregg Allman Band at the H&H.' Jazz on a summer's day - DVD and CD 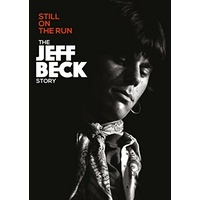