"... The audience can always be sensed (and heard) on the recordings made at Pö; and when a perfect entertainer such as Johnny Watson, born 1935 in Houston, Texas, occupied the stage, the Hamburg audience did play along accordingly, very much not highly reserved... probably the loud enthusiasm of one of the most important characters of Onkel Pö is clearly audible on the recording of the concert performed in early December 1976. . . . Johnny 'Guitar' Watson passed away on 17 May 1996 in Yokohama, Japan. He died in a way every truly passionate musician might hope for: he suffered from a lethal cardiac arrest 'live in concert' and "on stage".

Twenty years earlier, on the evening documented on the current recording of the Watsonian Institute, Onkel Pö vibrated and pulsated; not only because of the powerful acoustics of the location but also thanks to the vibrant performance Watson managed to create anew for every show together with his well-arranged 'working band', strong even in the brass section. The concert took place shortly after the release of Watson's album Ain't That A Bitch (1976), which earned him a top spot among the performers of the then still relatively recent and stout funk-sound movement; and of course, Watson did perform tracks from that album in Hamburg. However, you can feel that he was not only performing his 'I am here to present my new album'-routine; Watson was quite aware that he was playing in front of a well-informed and demanding audience. A public, that wanted to be conquered and convinced. Whoever was willing to adhere to these rules had a good chance to succeed at Onkel Pö's Carnegie Hall." --Michael Laages 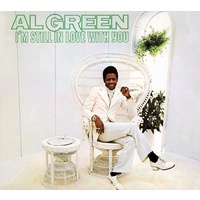