In the tradition of labels wholly devoted to vinyl re-pressing, Sam Records puts out a product of top-notch musical and visual quality.

Style is not a given. Not many musicians reach the level of artistic personality where you can unmistakably recognize them. It takes character, roots, honesty, soulfulness. Nathan Davis had style.

His tone on tenor was unique. So was his soprano sound and his distinctive approach to flute. His musical world was equally original and knew no boundaries.
This concert in Paris is audible proof that as a performer, his fluid phrasing, distinct articulation, booming bottom register, growls and shrieks were fuelled by tremendous drive and furious invention - the man was on fire!

These live sessions demonstrate the limitless invention of Nathans solos. Holding no punches, weaving signature phrases, shouts and riffs into his solos, he was a fierce and fervid performer. With a sort of hollow resonance at the heart of his reedy and warm sound, Nathan Davis was a highly original artist, from an era when having a distinct sound on your instrument was the grail of jazz artistry. Harold Land, Jimmy Heath, John Gilmore, Paul Gonsalves, Charlie Rouse, George Coleman, Booker Ervin, Clifford Jordan ... Jazz is made of such giants and Nathan Davis was one of them.

"In 1961 (Davis) moved to Paris, where he remained until...1969. (He) only put out five albums as a leader the whole time he lived in Europe. Which makes Live In Paris: The ORTF Recordings 1966-67 all the sweeter. Consisting of previously unreleased performances by Nathan Davis, the album gives us five more sides of recordings with Davis as a leader during his European years... And those tapes that went unheard for half a century ended up in the best of hands. Originally the Paris-based Sam Records reissued LPs recorded and released in France... More recently Sam Records has joined the ranks of musical archeologists who put out previously unreleased recordings of historical significance...

"Since its founding in 2011, Sam Records has always had extremely high production standards, and Live In Paris is no exception. The album was remastered from the original master tapes and pressed at Pallas. the gorgeous triple gatefold album cover solely consists of black-and-white photographs by Jean-Pierre Leloir - in other words, the cover contains no text whatsoever, as the liner notes are printed on an insert and other information about the release appear on an obi strip. The nostalgic black-and-white pictures do a superb job of evoking the period and setting the mood for some bracing mid-century jazz.

"...If you're searching for impassioned, full-bodied tenor saxophone with guts and soul, look no further. 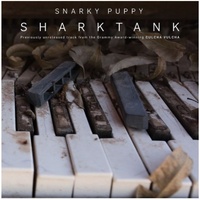