Rumer - This Girl's in Love With You: a Bacharach & David Songbook

Platinum-selling British singer/songwriter Rumer's fourth album is entitled This Girl's In Love: A Bacharach And David Songbook. The album features some of Burt Bacharach and Hal David's most memorable co-compositions and sees Rumer described as the heir to Dusty Springfield and Karen Carpenter (Q Magazine) - bring her extensive experience and singular talent to bear on her most enticing undertaking to date.

Recorded at the renowned Capitol Studios with accomplished arranger, composer and orchestrator, Rob Shirakbari - This Girl's In Love includes an appearance by Bacharach himself on piano. Includes classics like "The Look Of Love', 'Close To You', 'One Less Bell To Answer' and many others. 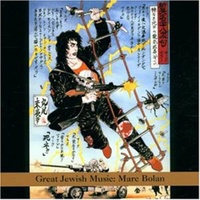