For Monk’s debut Riverside date, Keepnews decided to ease the pianist into what turned out to be his lengthy association with the label by asking him to momentarily set aside his own compositions and instead play Duke Ellington tunes. He did so in the company of the esteemed rhythm section of bassist Oscar Pettiford and drummer Kenny Clarke. With his distinctively angular style, Monk nails Ellington’s best-known tunes such as “It Don’t Mean a Thing (If It Ain’t Got That Swing),” “Mood Indigo” and “Caravan.” 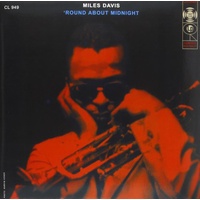