Taken from the notable Thanksgiving Jazz benefit concert in 1957 (which also featured the likes of Billie Holiday and Dizzy Gillespie), Blue Note/UMe reissue this classic Thelonious Monk Quartet recording on double vinyl to commemorate the album's 60th anniversary. Covering two separate sets from the evening, the recording documents the blossoming relationship between Monk and John Coltrane.

The Thanksgiving Jazz concert was produced by Kenneth Lee Karpe for the Morningside Community Center in Harlem. The tape was stored at the Library of Congress where it sat untouched, until 2005 when it was discovered by recording lab supervisor Larry Appelbaum. The recording was then restored by producer Michael Cuscuna and T.S. Monk (Thelonious Monk's son). 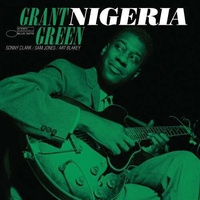